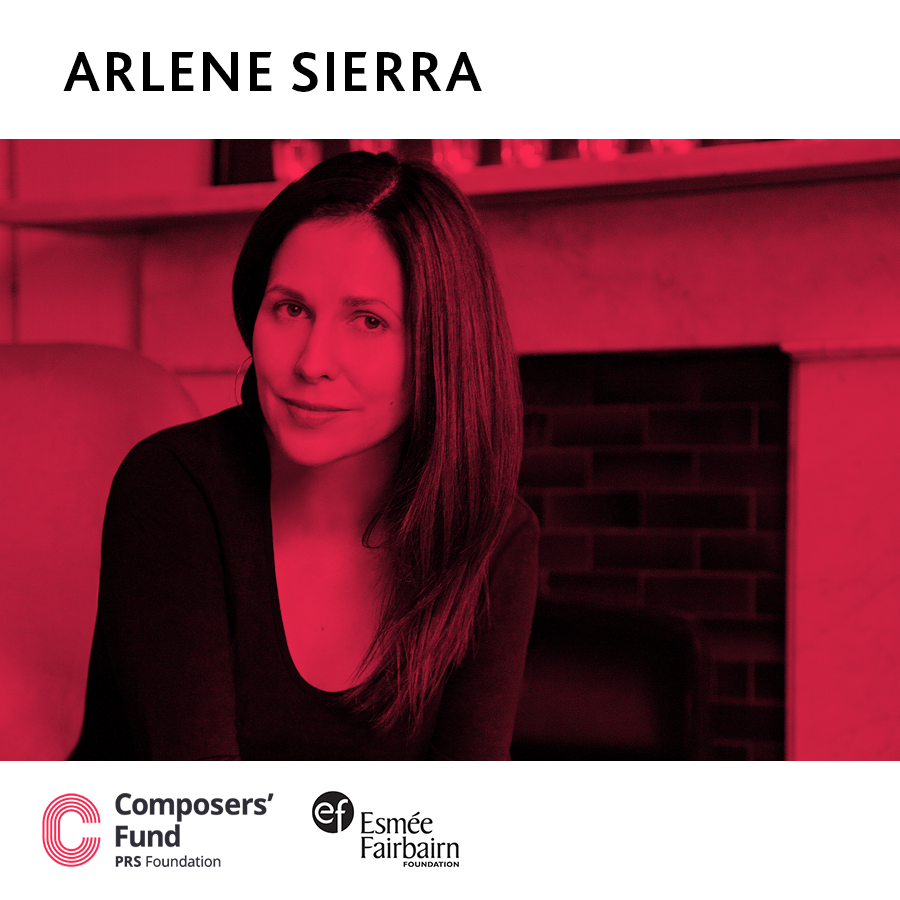 The PRS Foundation Composers' Fund has awarded substantial funding to support the upcoming release Arlene Sierra's third portrait disc with Bridge Records. The Composers’ Fund is dedicated to "classical composers with a strong track record; giving direct access to funding at pivotal stages in their career. It invites established composers to make the case for the kind of support that would enable them to make a significant step change in their career."

About the disc Arlene Sierra, Vol 3:

Many of Arlene Sierra's chamber works have toured internationally, but few have been released on disc as yet. The project addresses this oversight, with a programme of works for duos and trios spanning 16 years, from an early commission from 1997 "of Risk and Memory", to a pair of touring works from 2013.

The centerpiece of the new disc will be "Butterflies Remember a Mountain", performed by the trio of Nicola Benedetti, Leonard Elschenbroich and Alexei Grynyuk. Commissioned by the Bremen Philharmonic Society, where Mr Elschenbroich is Artist in Residence, the Benedetti-Elschenbroich-Grynyuk trio have performed Butterflies Remember a Mountain at the BBC Proms, the Concertgebouw, Cheltenham Town Hall, Frankfurt Alte Oper, and many other prestigious venues since its premiere in Bremen in 2013.

The full program of the new disc will be: