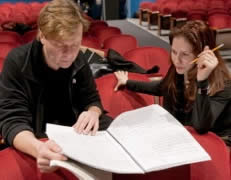 Ms. Sierra has long been fascinated by game theory and Darwinian evolution, and this piece is an attempt to evoke the process of attrition, as in natural selection. Throughout the bustling work, instruments engage and tussle with one another as if struggling to prevail and move up the musical/evolutionary ladder. Yet, as the title suggests, Ms. Sierra makes a game of it. Little cells of tightly confined pitches knock about with others, grow into larger gestures and then cut loose into skittish flights.
The New York Times

Listen to an excerpt from the debut recording on Bridge Records, Game of Attrition: Arlene Sierra, Vol. 2, performed by the BBC National Orchestra of Wales, Jac Van Steen, conductor:

A game of attrition gradually reduces the strengths of the opponents through sustained attack or pressure; in game theory, it is when two contestants compete for a resource while accumulating costs and losses over time. Natural selection as described in Darwin’s Origin of Species was probably the first description of this game in nature: When two species share the same place in the same environment, they will compete all the more to survive.

An important feature of the work is the competitive duo, where two solo instruments of similar tessitura compete for dominance or territory within the overall sound. The musical environment in which these competitions take place is made up of small cellular figurations that replicate, grow and evolve throughout the body of the piece.

In this Darwin bicentenary year, the sense of Game of Attrition is a contemporary and scientific wonder of the pastoral, leaving behind the old, somewhat naive romantic ideal. Through a modern understanding and appreciation, we have the means to account not just for nature's beauty, but also its complexity, violence and vulnerability.

The new age of classical music in New York couldn’t be more aptly heralded than with Arlene Sierra’s Game of Attrition. ... At turns spry, savage, sly and seductive, Game of Attrition is a Stravinskian play among brass and strings, piano and percussion ... so enrapturing. 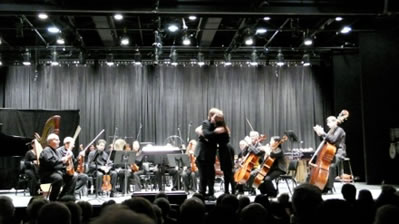 Sierra’s piece is described by its title; an exercise in conflict and entropy that she described as using “organic, small musical cells, transitions,” written for chamber orchestra. It has a bright opening, followed quickly by a slow, repeated note. From that point, it becomes a work where instruments chatter with and against each other, one group developing a coherent phrase before falling back against the pressures of another. There are bursts of chords, sharp rhythmic attacks and ostinati layered over a subtle, consistent medium tempo pulse. A lyrical cello melody rises from the ensemble and leads to a contrasting contemplative section, before it too falls apart against the interjections of other instruments. As the texture slowly thins out, there are bursts of individual voices fighting against the tide – harp, piano, flutter-tongued flute, long tones in the brass – before the piece comes to a brief, final sense of coherence and then ends with a single attack. It’s a contemporary answer to Haydn’s “Farewell” Symphony, and consistently interesting. The ear is involved and the organic developments and transitions move the music along to points that are both unexpected and natural, and as music propagates itself through time, the concept of attrition is a natural.