Maya Deren (1917-1961) wore many hats in her brief lifetime: avant-garde filmmaker, documentarian, author, and dancer, to name a few. Her influence, especially in independent film, has not only endured but increased in the decades following her death. Her reputation rests on only seven completed short films and five unfinished films. But in the  21st century Deren is still discussed as a fresh voice and a "past master who still matters," as described in the magazine Utne Reader.

Continuing from her successful rescoring of the film Meditation on Violence, Arlene Sierra has recently created the second in a planned series of new scores for prestigious chamber ensembles, set to Maya Deren's expressive and surreal films from the 1940's and 50's. Ritual in Transfigured Time receives its premiere at the 2016 Cheltenham Music Festival with the Goldfield Ensemble, who will then tour the work around the U.K. Further scores are planned for the Deren films At Land, Ensemble for Somnambulists, and Meshes of the Afternoon.

Ritual in Transfigured Time, Maya Deren's groundbreaking film from 1946, is a collection of flowing scenes, combining dreamline tableaux of knitting, going to a party, conversing, that eventually turn into bold choreography. The journey of the protagonist is from widow to bride, via a series of fleeting encounters with past and future selves. The virtuosity and expressiveness of five ensemble musicians is meant to compliment the powerful atmosphere of Deren’s vision. The score was commissioned by the Goldfield Ensemble, Kate Romano, Director, with funding from the Britten-Pears Foundation, the Ambache Charitable Trust, and the Ralph Vaughan Williams Trust.

"What begins as a fly-on-the-wall video showing the day-to-day events of an anonymous female protagonist ends as thrashing choreography, the music following every development of the film, almost as though it had been composed as a soundtrack. The result was an example of how much more powerful sound and visuals can be in their own right, when united in intent. "
- Ellen Peirson-Hagger, The Cusp 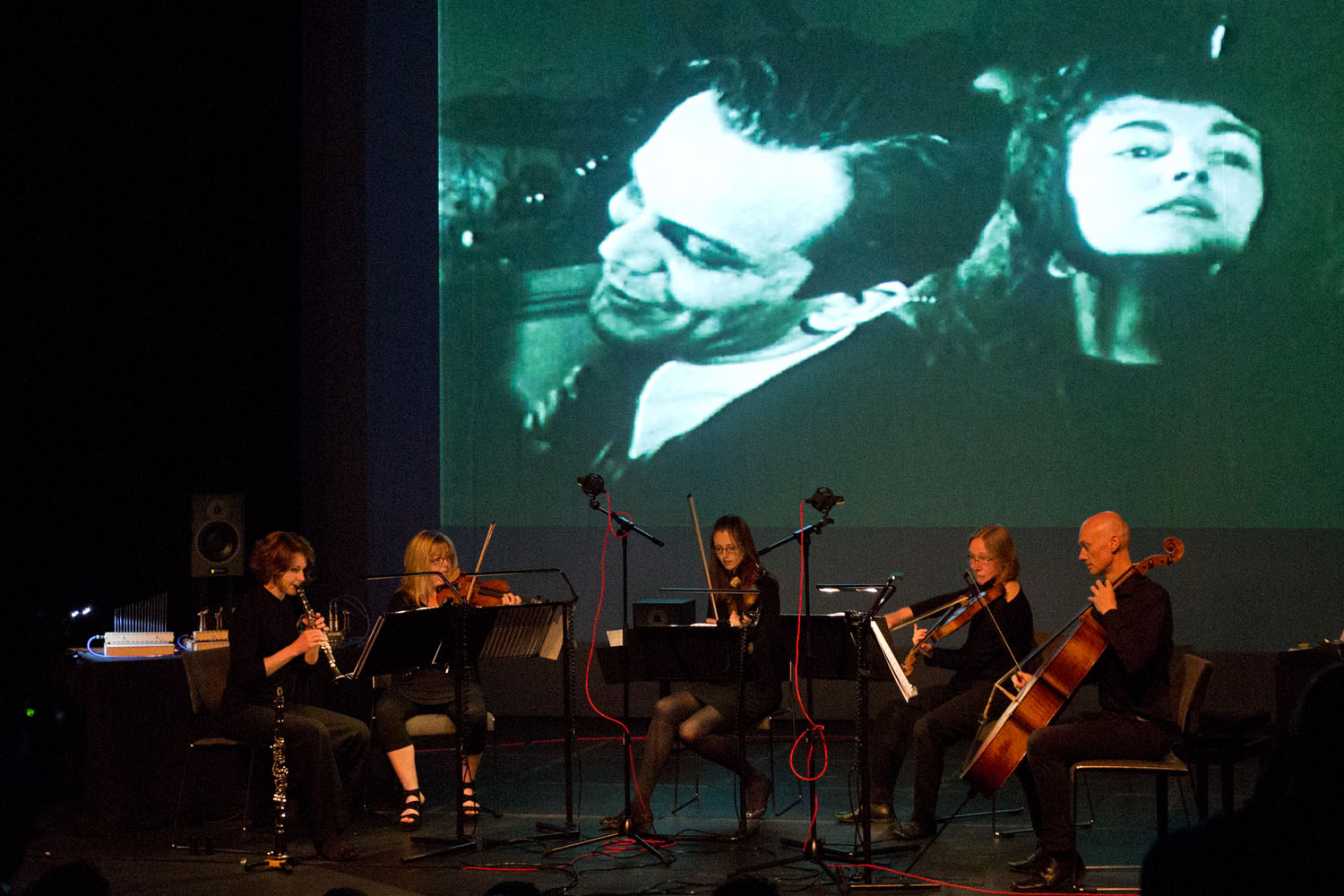 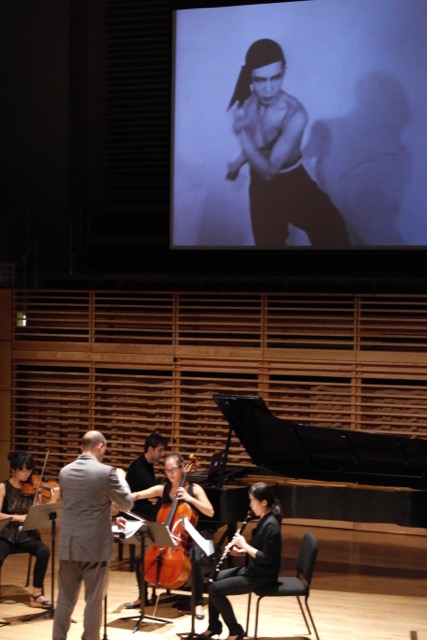 Deren’s film Meditation on Violence is one of the earliest non-commercial films on the subject of martial arts. Her camera follows the movement of Shao-Lin kung fu Master Chao-Li Chi, whose performance obscures the distinction between violence and beauty. The film was originally set with a very spare score of flute and drums which has limited interaction with the movement, focusing instead on kung fu as a traditional art steeped in folklore.
In writing this score for chamber ensemble, the power of the movement is highlighted in a way that underlines all its meditative and violent qualities without reference to an exotic, distant past. Kung fu and martial arts have become thoroughly modern in the decades since Meditation on Violence was made. The score explores a dialog with this process, and interacts with the many levels of movement captured by the film. By allowing an ensemble to perform in synchronization with the evolving movement of Chao-Li Chi, the music becomes a dramatic compliment to the film, exploring not only its meditative and violent aspects, but also its tremendous virtuosity.

The first performance was given by Lontano, Odaline de la Martinez, conductor, at The Warehouse, London on October 22, 2012, with subsequent performances at Bowdoin, Maine and Cardiff, Wales.

Listen to an excerpt from the U.S. premiere of Meditation on Violence, performed by fellows of the Bowdoin International Music Festival, Derek Bermel, conductor:

"...Meditation on Violence was composed as a new soundtrack for a 1948 film about a kung-fu master. The music doesn't attempt to synchronise precisely with the balletic screen images, but instead supports and reinforces them with layers of slowly shifting ostinatos that are always understated. Sierra's score, for two strings, two woodwinds and piano, was the most memorable work on show."
- Andrew Clements, The Guardian